So apparently there exists a game called lawn bowling. It is played with a ball about the diameter of a golf ball? And several balls that look like croquet balls but they are asymetrical. (I wonder if they use defective croquet balls for this?)

Here we have a group of French bon vivants or whatever, doing it wrong. They are playing lawn bowling sans turf, maybe because mademoiselle’s pumps would get stuck.

To make matters worse, after being advised to target the jack (I think the jack is the golf ball?) the lady replies, “Just now, It’s the little pig I’m going to aim for!” – Possibly referring to the man with the beret resembling a pineapple.

I really don’t see how this is going to end well. 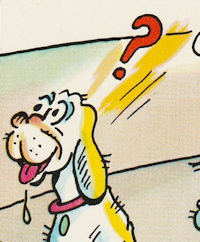 Lassie she is not! 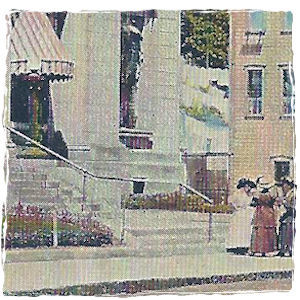 Here’s a postcard from the sleepy little town of Oil City, Pennsylvania – but wait! […]

Biloxi Chow: Worth the wait?