Be the life of the party (until you’re not) 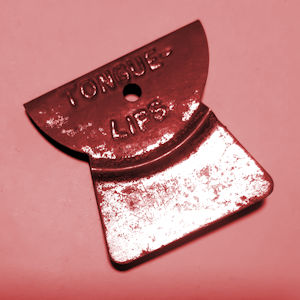 When I was a kid, some comic books would have ads proclaiming that you could “Throw your voice”; as I recall, it strongly implied that I could do things like make my mother think that my sister was talking back to her. Apparently they would send a non-rusty version of this device, and instructions of some sort. But what if someone asked you something? Were you supposed to keep a handkerchief or Kleenex handy to pretend to cough into?

This is some Jeff Dunham level stuff here. That would be most amusing to see what would happen if mom heard Evelyn say “I keeeel you!!” But I would have started cracking up and probably end up with this thing lodged in my trachea.

Feb 4, 2023 NeverJetHot
Back in My Day Ephemera